Diary of a collection: Mani Jassal

It’s time for a new ‘Diary of a collection…’ post and I’m super duper excited to be introducing you to a fab up and coming fashion designer and stylist- Mani Jassal. The instantly recogonisable South Asian bridal colours and fabrics of Mani’s graduate collection are mixed together with Dior-esque full skirts, toned down embellishment and laser cut details that result in a chic update on the traditional. I love the fact that Mani’s been able to design a bridal collection that’s richness and opulence comes from the fabrics and interesting cuts and details rather than a whole lot of bling. Anyway time to hand over to the lady herself and enjoy the post! 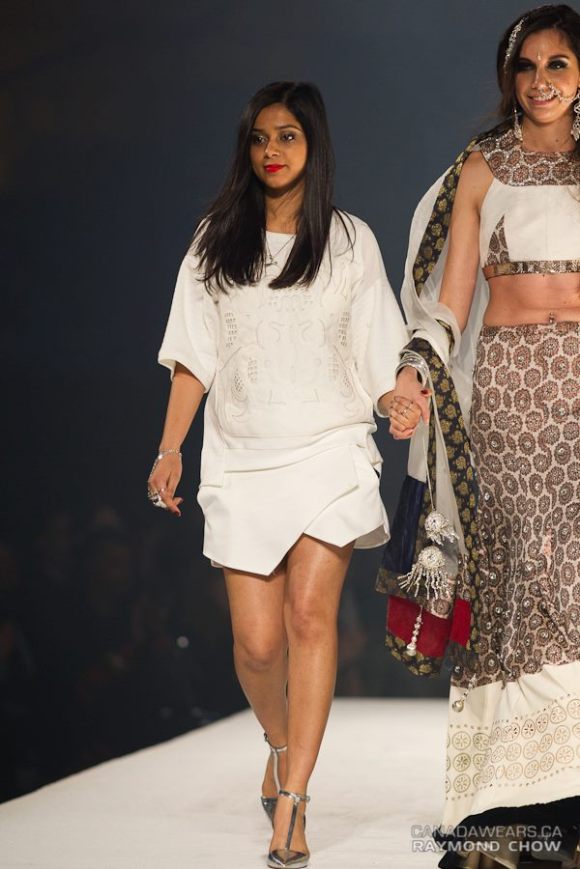 Mani taking a bow at her grad show.

Brain storming begins! Got to figure out what my final collection is going to look like. Had to think of something that would look great at the Mass Exodus Runway show in April 2013. Eureka! Sitting there going through my Vogue India magazines thinking, would it not be cool if I were to do an Indian bridal wear collection? It would definitely be different, and something very different from what I have tried before.

School begins, and the second week we come back we have an inspiration board due, along with 30 sketches due on the third week. I chose the architecture of the Taj Mahal as my inspiration, as it is so majestic and regal. I knew that this collection had to be different from the rest of bridal wear collections out there. I really wanted to push the boundaries of South Asian wedding traditions. I want the bride to be able to experiment and try different colours and textiles which are typically not used, like leathers.

This being the first time I have done an Indian collection, I was so confused with the amount of fabrics and trims that went into it. I had to figure out a way to make all of the fabrics work together and still be a cohesive collection.

In order for this collection to be marketable, I had to interview many experts already in the Indian bridal scene. They gave me a lot of good advice about the best colors to use and to not use. Even though they told me not to use black, I still did because I think it is such an elegant and beautiful color if used correctly in the collection.

All of the designs have been finalized and now it is time to begin making “muslins” – the rough version of the final outfit, to get the fit and style right, and then to maybe make corrections after that. A lot of late nights were spent at the labs at school, with some shedding of tears when things were just not going right. Ever week we had an outfit due, over a span of five weeks. 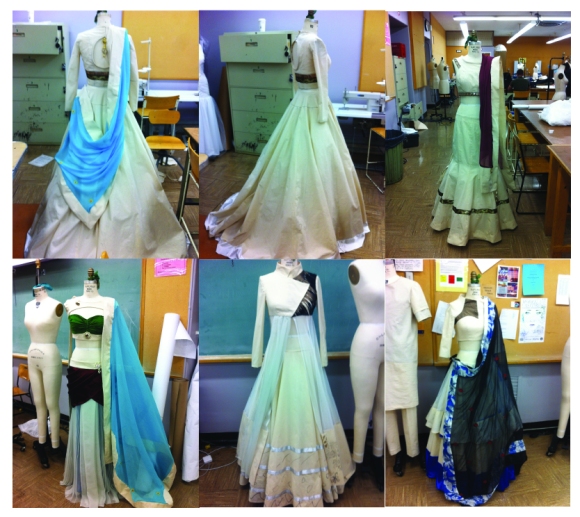 Semester is over, and now time to start thinking about the first outfit that is due the first week when the next semester starts in January. Let the sewing and bejeweling begin! 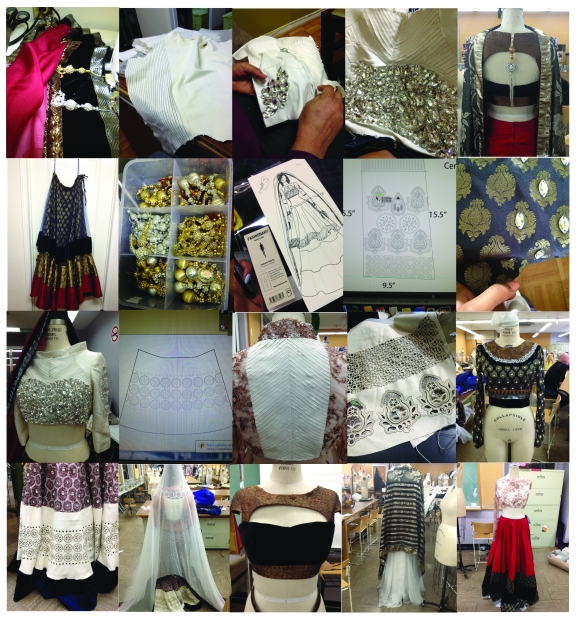 Every other week starting in January a final outfit was due, with all of the final fabrics, trims and gems. A lot of handwork work went into this part of the collection, and I could not have done without my mom and her aunt. And again, a lot of late nights and little sleeping in the labs at school.

It is finally over! The collection is done! Finally it is time to get it photographed professionally, and prepare the accessories for Mass Exodus.

The day that I have been working so hard for is finally here, the Mass Exodus Runway show. I had all my models ready, and I had a great make up artist and hair stylist waiting, who started working on the 5 models at 6 am. The show was a success, and I couldn’t have asked for more.

A big thank you to Mani for this fab guest post.

One thought on “Diary of a collection: Mani Jassal”