I haven’t done a beauty type post in a while and seeing as Bobbi Brown just opened a store in India I thought I’d share my five favourite products from her cosmetics range. I’m a bit of a make up dud- (my fifteen year old cousin is more of a master of make up then I am) so Bobbi Brown’s free consultations have been great at showing me which products suit my skin and importantly how to apply them. So here’s my fav five products:

I’ve talked about my previous problems with adult acne before and as a result I see a dermatologist and facialist regularly. The one thing they always talk about is the importance of wearing a high factor sunscreen daily- to help prevent pigmentation from acne scarring and of course to slow down the signs of aging. I’ve tried Thalgo and La Roche-Posay’s SPF 50 creams before and found them too greasy on my oily skin but Bobbi Brown’s Protective Face Base SPF 50 works well on my skin type and is hopefully helping to keep those wrinkles at bay.

The Mr. and I used to live in Liverpool where the girls are known for their strong (sometimes OTT tattoo-like) brows and what did the Bobbi Brown make up artist in Liverpool recommend? Yep powdering in my eyebrows! I wasn’t too sure about her suggestion at first but once she’d done it- I did like it. I have a few sparse patches and just brushing on the powder evens out my brows and does make them look better. 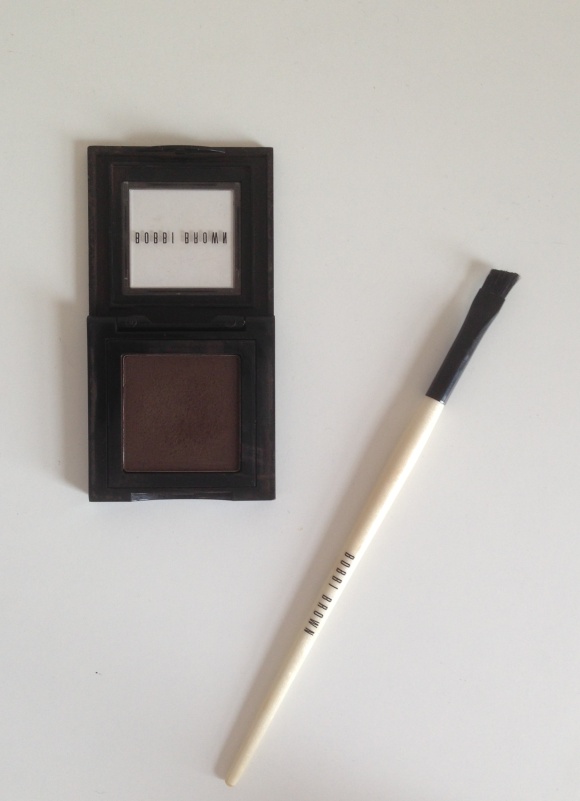 This was the first foundation I bought and I did deviate a few times to try out other brands foundations but I’ve come back to Bobbi Brown. The colour matches my skin tone, blends in well and I just really like the light consistency. You don’t feel like you’re wearing lots of make-up.

I like a bit of Blush and at the moment its Bobbi Brown’s Cranberry that I reach for.

I use Bobbi Brown’s Shimmer Brick when I’m going out in the evening. It’s easy to use and just adds a bit of a bronze glow to the skin.

This week’s Friday fives are my last five beauty purchases. I haven’t written many beauty posts and the reason’s simple- I am pretty clueless when it comes to make-up and ridiculously unadventurous in trying new trends. Ummm I’ve only just got my head around BB creams and the beauty/fash packs according to the glossies have moved on to CC creams? I might have heard of CC creams but do I know what they really are or which is the best? Nope- not a clueeeeee. Well seeing as it’s a new year I am going to try to master some eye shadow colours that aren’t gold or bronze and to whack on a bright lippy now and then. (I made a start- look below!)

Burt’s Bees lip balm. It’s full on ugghhh winter in London and I alternate between Burt’s and Carmex.

M.A.C Ruby Woo- it is true this shade really does suit every skin colour (check out the video I made with make-up artist Dipali Damji on how to apply bright lippy here)

Shahnaz Husain Shamoist Plus Intensive Moisturising- I recently tried out a sample of this product and found it really soothing on my dull winter skin so have just ordered it online. 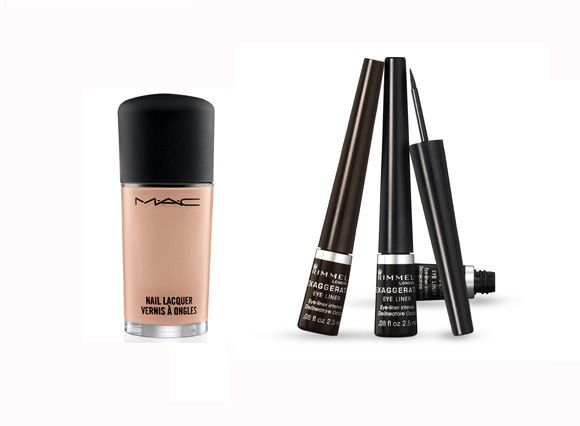 M.A.C Hanging Loose Dirty Pink Nude. I thought I’d get on the S/s 13 nude nails bandwagon. I like this easy shade from M.A.C’s Apres- Chic collection.

Rimmel Exaggerate Eyeliner. I’ve been using this eyeliner for years. The long nib makes it super easy to use and perfect for adding a retro flick and unlike some other brands the colour stays a true black on dark skin too.