Leave a comment
By The Asian Fashion Journal Uncategorized

I’ve been inspired by the oh sooo fab Project Renaissance (which was one big celebration of Indian craftsmanship) to blog about some of the diverse Arts & Crafts across India. Last time I was in Goa there was an Indian craft fair and I picked up a couple of beautiful Mithila, folk paintings. I was drawn to the vibrant scenes depicted, the bold colours, the distinctive 2-D style of drawing and the fact that the whole space was intricately covered. 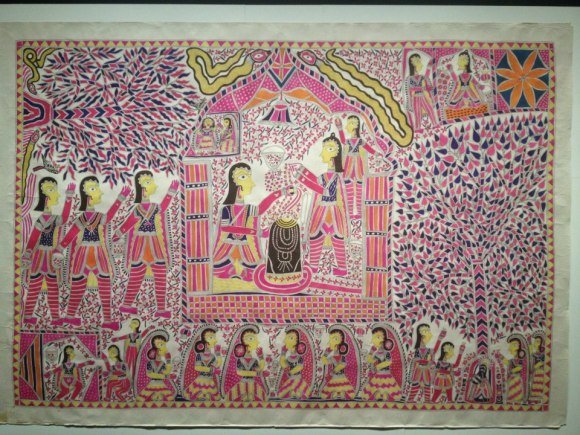 Mithila is described by the Mithilahandicraft as

“…the ancient kingdom. It existed in the eastern Gangetic Plains in areas which is today spread over more than half of Bihar state of India, and parts of adjoining Nepal. Mithila was the capital of Videha kingdom as per epic Ramayana. This city is identified as modern day Janakpur in Dhanusha district of Nepal.” 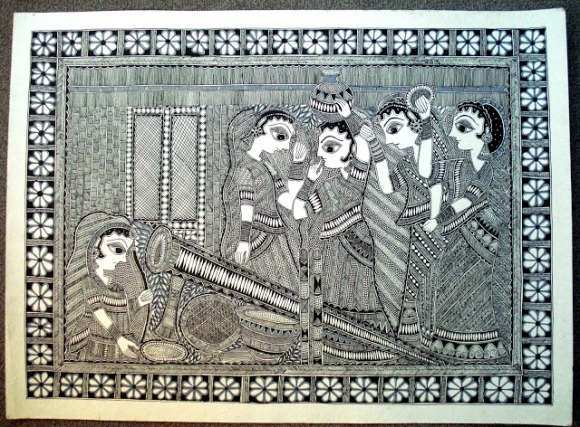 “A native art drawn on the auspicious occasions and religious celebrations by rural Maithili women of southern Terai of Nepal is known as Mithila arts. Mithila traditional art is drawn on the wall of the houses as well as on the floor with local natural colour. Mithila art describes about the life of the Maithili people along with their religious figure in a symbolic way. Mithila Painting is mostly done by women.” 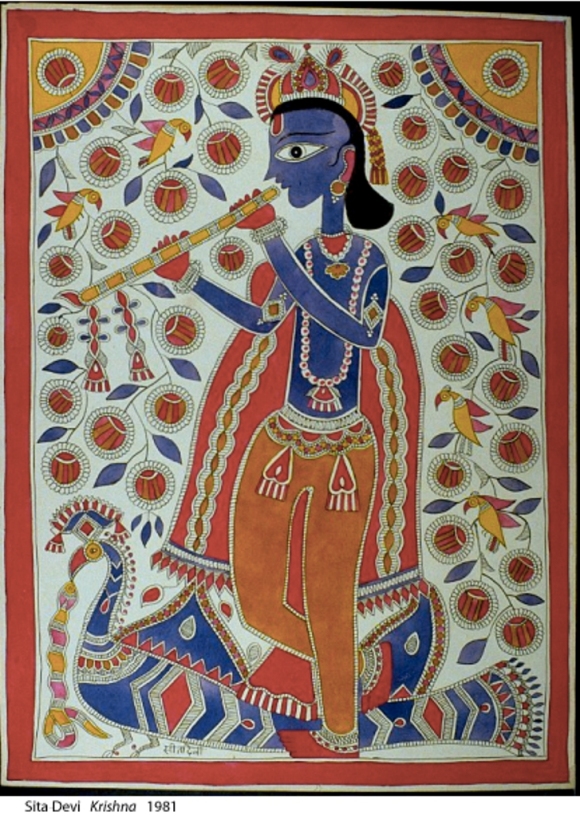 Painting by Sita Devi, artist credited with raising the profile of Mithila art. 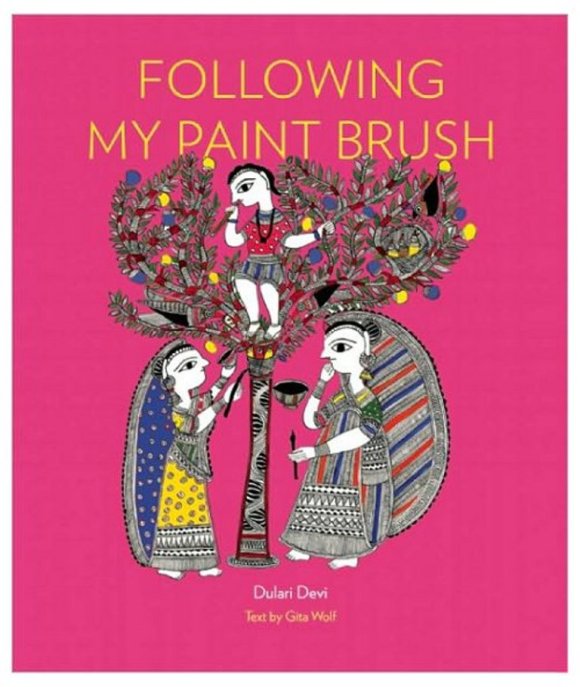 While looking up examples of Mithila art, I came across this sweet children’s book ‘Following my paintbrush’ which is illustrated by Dulari Devi and in fact tells the story of Dulari’s journey from a domestic helper to an artist and how she intertwined this traditional technique with her own artistic style. 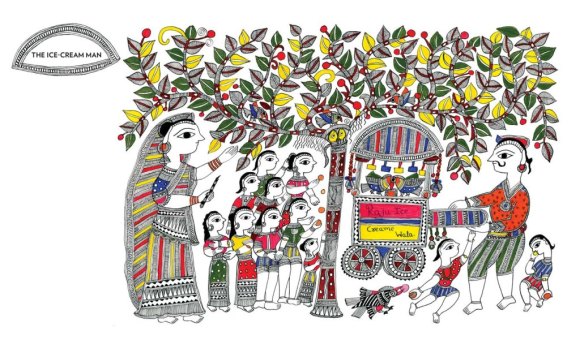